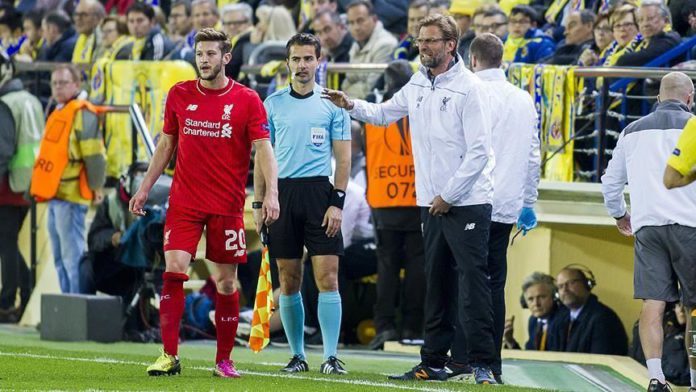 Liverpool extended the contract of midfielder Adam Lallana until the end of 2019-2020 season on Tuesday.

His contract was due to end on June 30 but Lallana will depart the club at the end of the season after signing a short term extension with the Reds.

“The midfielder will remain with the Reds until the end of July to see out the current campaign as a member of Jurgen Klopp’s squad,” Liverpool said to announce Lallana’s contract extension.

“Lallana will then bring his six-year spell at Anfield to a close at the conclusion of the season upon the expiry of his contract.”

After it was suspended due to coronavirus, the 2019-2020 football season of the Premier League will resume on June 17.

The 32-year-old player said he is happy to complete this season with Liverpool.

“I am really pleased to have the chance to finish this season – it means a lot to me and my family,” he said.

“Now isn’t the moment to review my time here because the focus needs to be on the remaining nine matches and the club finishing the season in the best manner possible.

“I know how highly sought after Adam is in this moment by other clubs who want him for next season, so for him this is a commitment to us and we are very appreciative to him for it,” his manager Jurgen Klopp said.

Having joined Liverpool from Southampton in 2014, Lallana scored 22 goals in 178 matches for the Reds.