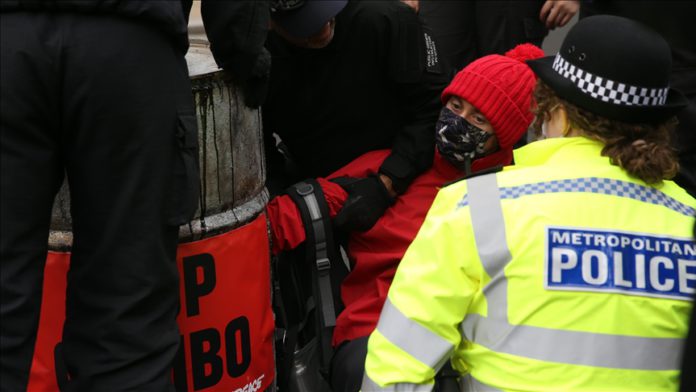 Greenpeace activists have stopped a Greek-flagged tanker with 33,000 tons of Russian diesel from docking in southern UK, the global campaigning network said on Monday.

Twelve activists reached the ship’s intended berth at Navigator Terminals on the River Thames by boat last night “and climbed onto it,” read a Greenpeace statement.

Having unfurled a banner reading “oil fuels war,” the protesters defied police attempts to remove them from the berth, “with one activist on the offloading pipes, another hanging off the jetty, and others occupying the jetty preventing the tanker from docking,” the statement added.

The 183-meter (600-feet) long Greek-flagged tanker Andromeda was carrying fuel from the Russian port of Primorsk, supplied by the LLC KINEF refinery, according to Greenpeace.

Greenpeace has previously criticized the UK’s “hypocrisy” for continuing to import Russian oil despite joining the US, European Union and other allies in imposing biting sanctions on Russia for the ongoing war in Ukraine.

An analysis by the group late last month showed the UK had imported some 2 million barrels of Russian oil since Feb. 24, the day Moscow started a war that, according to conservative UN estimates, has so far claimed at least 3,573 lives.