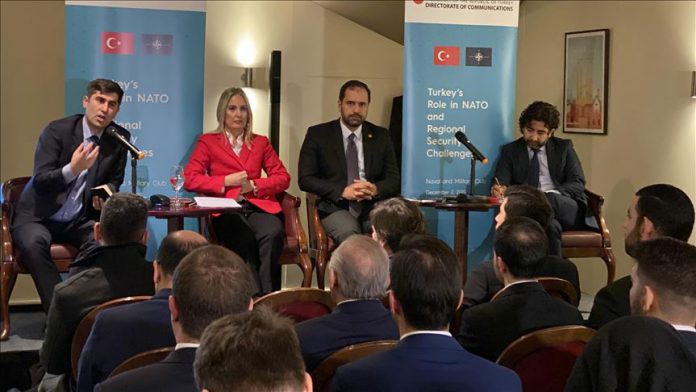 Turkey’s role in NATO and contributions in regional security challenges were discussed in a London meeting on Monday.

The panel organized by the Turkish Communications Directorate hosted a number of academics and experts on the alliance and Turkey’s involvement in it.

Murat Yesiltas, director of security studies at the SETA Foundation (Foundation for Political, Economic and Social Research) — a Turkey-based think tank — described NATO as a “crucial organization”, saying the organization was going through a “sensitive” time.

He said the alliance was facing various threats, including two major ones originating from the east and south.

Does NATO die when France's Macron wants it dead?