TurkishPress
Home News ‘Abominable behavior’: China hits back at US, Japan over claims of rights... 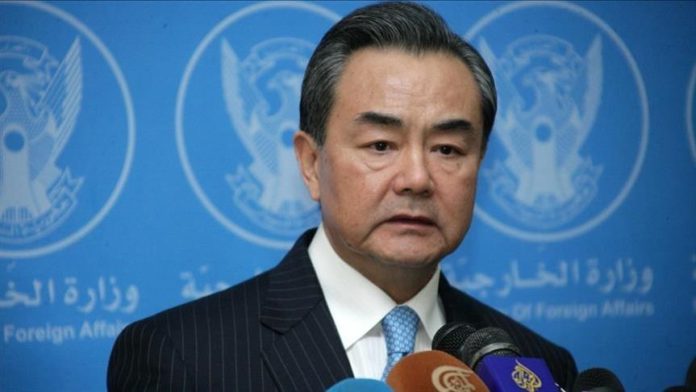 In a hard-hitting response to accusations of human rights violations in the Uyghur-dominated Xinjiang province and Hong Kong, China has hit back at the US and Japan for what it said was interference in the country’s “internal affairs.”

“The US and a few certain countries, as expected, intended to use this multilateral platform to attack and smear China on issues related to our internal affairs,” Wang Yi, China’s state councilor and foreign minister, told the 11th East Asia Summit Foreign Ministers’ Meeting on Wednesday evening.

His rebuke came after Washington and Tokyo brought forward issues related to Xinjiang and Hong Kong “to attack China on grounds of human rights,” the Chinese Foreign Ministry said in a statement.

“For such abominable behavior, we will resolutely make refutation each and every time it comes up.”

China has been accused by several countries of ethnic cleansing of Uyghurs in Xinjiang and also restricting freedoms in the semi-autonomous region of Hong Kong, where Beijing imposed a controversial national security law last year.

Beijing has denied any wrongdoing and previously dismissed the allegations as “lies and [a] political virus.”

“Speaking of ‘genocide,’ the previous massive killing exercised by the US on American Indians is the real genocide,” Wang told the meeting attended by his American counterpart Antony Blinken.

“And the massive casualties suffered by innocent civilians as a result of warfare waged by the US worldwide are crimes against humanity in name and in fact,” he added.

Wang claimed that 70% of people living in Hong Kong were “satisfied with the current situation.”

“You want Hong Kong to return to chaos and turmoil, and ‘Hong Kong independence’ forces to take to the streets again? Is that what you want? I want to make this clear: drop your illusions. It is impossible for you to see that day!” the top Chinese official said, addressing the US.