TurkishPress
Home News Abbas: 'No one is authorized to speak on our behalf' 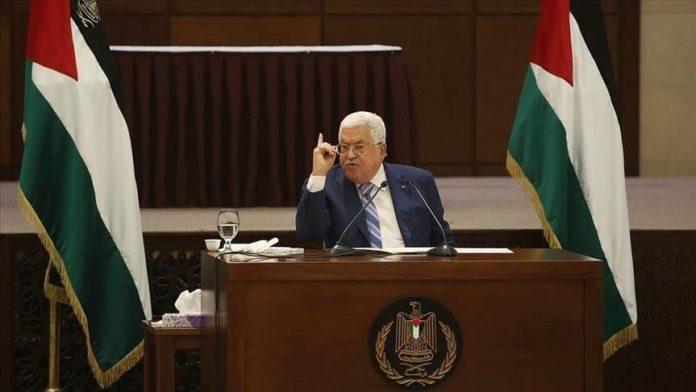 Palestinian President Mahmoud Abbas on Thursday said that “pressures have increased on us since the start of the year, and the Arab [countries] didn’t abide by their financial commitments towards us.”

During a video conference with heads of the Palestinian groups in Ramallah and Beirut, Abbas said that “from now on, no one is authorized to speak on our behalf, we only speak for our cause.”

The intra-Palestinian meeting was held to discuss ways to prevent Israeli annexation plans in the occupied West Bank, which also came at a time when the UAE announced a normalization agreement with Israel.

Abbas stressed that the Palestinian Authority rejected the US to be the only mediator in any negotiations with Israel.

He also called for an international peace conference under the supervision of the UN based on the Arab peace initiative.

For his part, Hamas political chief Ismail Haniyeh said in his speech that the US’ so-called Deal of the Century aims to create a regional coalition that allow Israel to penetrate into the Arab countries via normalization.

“We are going through a period that contains unprecedented risks and strategic threats to our Palestinian cause and to the region,” Haniyeh said.

He also called for establishing a political program that ends the ramifications of the Oslo Accords and to regain the Palestinian unity.