TurkishPress
Home News A week on, 17 still missing after landslides in Japan 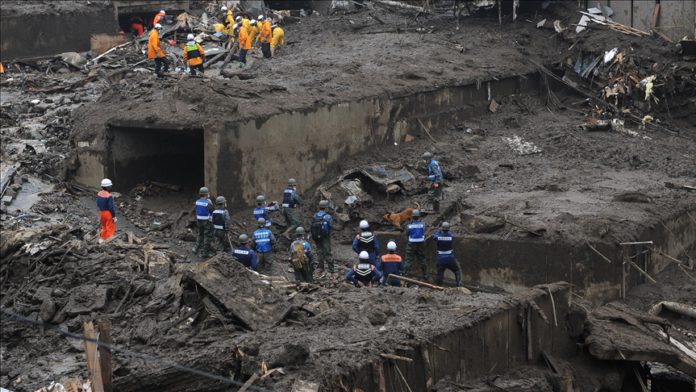 Seventeen people remain missing in Japan more than a week after massive landslides swept through the coastal city of Atami, local media reported on Tuesday.

Around 10 people have been confirmed dead so far since the devastating landslides on July 3, while some 1,500 rescue personnel have been engaged in scouring the debris of the destroyed houses and the mounds of mud and rock, according to the public broadcaster NHK News.

Around 130 homes and buildings were washed away in the landslides triggered by torrential rainfall in the resort city, located some 90 kilometers (60 miles) southwest of the capital Tokyo.

Authorities are using heavy machinery to remove debris from roads, with some areas now accessible. However, police, firefighters and self-defense personnel “are digging by hand, as the roads are narrow and mud remains piled high in many places,” the report added.

The Meteorological department has predicted seasonal rains from Tuesday to Wednesday.

Many residents have temporarily shifted out of the city due to the threat of more landslides and to allow unhindered rescue operations.

Local authorities had to abort plans to return the residents after safety concerns were raised.