TurkishPress
Home News A small dose of fake news: The mouse that roared? 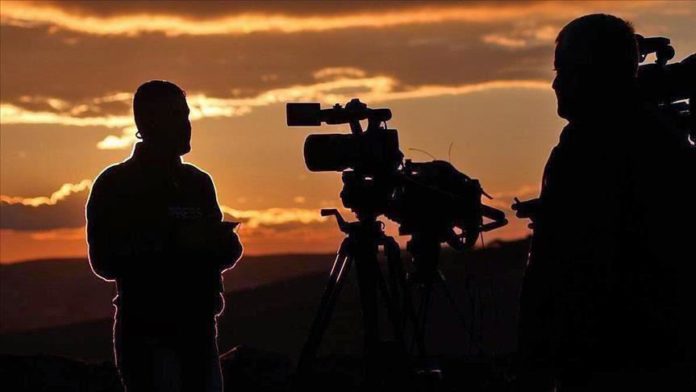 While the scourge of fake news is blamed for people worldwide making unwise choices, when it comes to COVID-19, the stakes for personal health could be truly life threatening.

But according to a recent study, limited exposure to misinformation may not be enough to achieve behavioral change.

Recent years have seen an enormous quantity of misinformation circulating via social media, including a virtual tidal wave “infodemic” of false reports about the coronavirus pandemic.

Public health officials have feared that such fake news could dissuade people from widely accepted health measures such as wearing masks or even push them to refuse to take a vaccine.

Researchers from Ireland wanted to test whether brief one-time exposure to online misinformation is actually as harmful to public health as some might suppose.

They exposed the study’s 3,746 participants to fabricated news stories saying, for example, that certain foods might help protect against COVID-19, or that an vaccine in the pipeline might not be safe.

Over half of the participants were well-educated, with 2,395 participants (64%) having earned at least an undergraduate degree.

“Surprisingly, what we observed is that behavioral effects of one-off fake news exposure might be weaker than previously assumed,” Ciara Greene, a professor of psychology at University College Dublin and one of the study’s co-authors, told Anadolu Agency.

The study also examined whether providing a warning about fake news might reduce susceptibility – a measure media critics might be interested in – but, perhaps surprisingly, found that such warnings had no effects.

It suggested that if fake news does affect public behavior on matters of health, then generic warnings used by governments and social media organizations might be effective in combating this, or perhaps not.

According to Greene, most of the research on fake news tends to just focus on targeted fact-checking, which aims to debunk the contents of specific stories.

Critics talk a great deal about how top platforms like Facebook and Twitter can protect people from misinformation and what governments can do about it, she noted.

“Yet they cannot warn all of us since there has been lots of misinformation out there,” she added.

“By the time someone’s already been exposed to something, it’s kind of too late to come around and say, oh not that’s not right,” she explained.

Or, to quote the well-known saying: “A lie gets halfway around the world before the truth has a chance to get its pants on.”

This is the reason why, Greene suggested, governments should warn people in advance, giving them a kind of toolkit to help ensure that they are not influenced by fake news in the first place.

Such measures are “maybe not getting to who needs it,” she said.

The researchers also looked at the effectiveness of measures to fight fake news.

For example, generic warnings that governments tend to use, such as public service announcements on the radio or posters saying: “Hey look out for fake news, be media smart.”

“We were very surprised because we expected the warnings to have a considerable effect on people’s response to misinformation, and we found absolutely nothing, regardless of its framing,” she said.

This finding, she stressed, runs contrary to research suggesting that general warnings about misinformation may be the best way of encouraging critical engagement with suspicious online material.

She said governments possibly cannot target every piece of misinformation out there, as this would be a losing battle.

It is actually very difficult for governments to change or direct citizens’ behavior for the public good, she added.

“Think about the amount of money that is put into elections to try and make people change their behavior, even whether it’s to vote for a particular candidate, or even just register to vote,” she explained.

“So they need to train people to be more critical consumers of news,” she said.

Such training should be included in schools, she suggested, with children taught about media literacy.

Given the results of the study, the researchers argued that real-world behavioral effects might result from multiple exposures to a story. Multiple sources might increase consumers’ faith in a story, and thus influence their subsequent behavior.

Indeed, demagogues have long employed the technique of repeating a falsehood again and again to break down resistance and finally win over listeners.

What are the factors that will actually lead to someone changing their behavior as a result of exposure to fake news?

The new research provides one important piece of the puzzle, but in order to answer the question more fully, more research on the issue needs to be done for the good of both governments and the public.