TurkishPress
Home News A recession 'the likes of which we haven’t seen:' UK chancellor 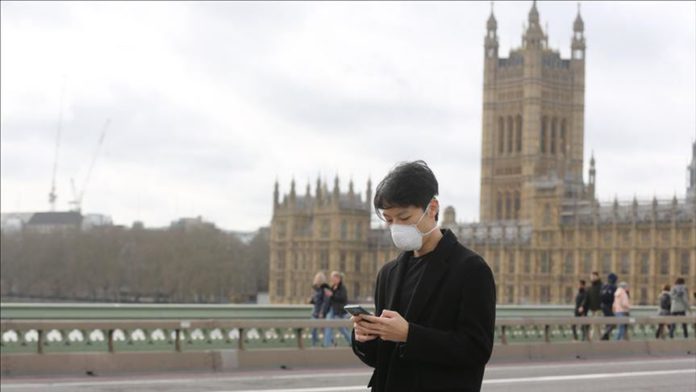 Chancellor Rishi Sunak warned on Tuesday of a “severe recession, the likes of which we haven’t seen,” as health authorities announced that there were a further 545 deaths from COVID-19 across the UK over the past 24 hours.

The government said the UK-wide death toll was now 35,341.

Sunak, speaking to the House of Lords economic committee, said: “Although we have put unprecedented mitigating actions in place, I certainly won’t be able to protect every job and every business.

“We’re already seeing that in the data, and no doubt there will be more hardship to come. This lockdown is having a very significant impact on our economy.

“We are likely to face a severe recession, the likes of which we haven’t seen, and of course that will have an impact on employment.”

He added: “It is not obvious that there will be an immediate bounce back. It takes time to get back to the habits that they had. There are still restrictions in place.

“Even if we can re-open retail, which I would very much like to be able to do on June 1, there will still be restrictions on how people can shop, which will have an impact likely on how much they spend. And those things will all take time.

“I think, in all cases, it will take a little bit of time for things to get back to normal, even once we’ve re-opened currently closed sectors.”

It was a difficult day for the government, whose handling of the pandemic is coming under increasing criticism.

The Guardian reported that the National Health Service ran out of home testing kits just a day after Health Secretary Matt Hancock announced that anyone with symptoms over the age of five could order one online.

A poll by teaching union NASUWT of its 30,000 members found just 5% of them believed it was safe to reopen schools on June 1. The government and unions have locked horns over the timing of reopening schools, with the former wanting to begin on June 1 and unions wanting to ensure a safer working environment first.

The poll also found 93% of members believed the government’s plans are confusing, and 91% lacked confidence in the government to protect their and their pupils’ health.

The Office for National Statistics also reported that there were 55,000 extra deaths compared to the five-year average since the outbreak began. The figure includes deaths not caused by the coronavirus.

After originating in China last December, COVID-19 has spread to at least 188 countries and regions, with Europe and the US currently the worst hit.

The pandemic has killed more than 319,000 people worldwide, with over 4.83 million confirmed cases, while recoveries have surpassed 1.8 million, according to figures compiled by the US’ Johns Hopkins University.