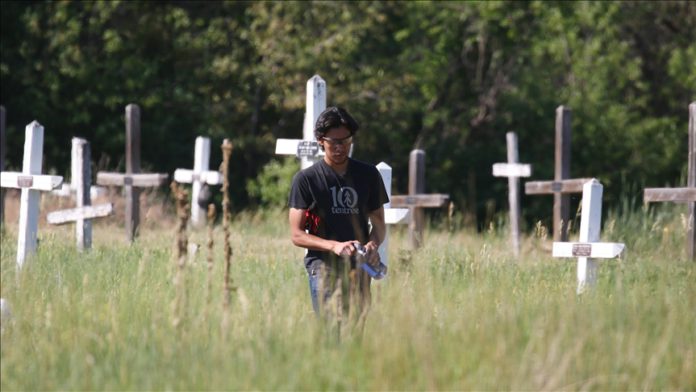 An investigation had revealed 93 sites of “potential human burials” in a small area around a former residential school in British Columbia, according to Canadian media reports.

The sites were identified during a survey around the St. Joseph’s Mission Residential School and nearby Onward Ranch, CBC News reported.

They were detected with “ground-penetrating radar, along with aerial and terrestrial LiDAR (Light Detection and Ranging) sensors,” according to Whitney Spearing, who led the probe team.

The investigation focused on carried out on 14 out of 470 hectares of land that have been identified as areas of interest, the report said.

According to Spearing, some of the sites “may be connected to a known historical cemetery, but 50 appear to have no association with it.”

The only way to confirm whether the findings are human burials would be through excavation, she added.

Willie Sellars, chief of the Williams Lake First Nation, described the “findings as part of a ‘reawakening’ for Indigenous people about the lingering traumas of the residential school system,” the CBC report added.​​​​​​​