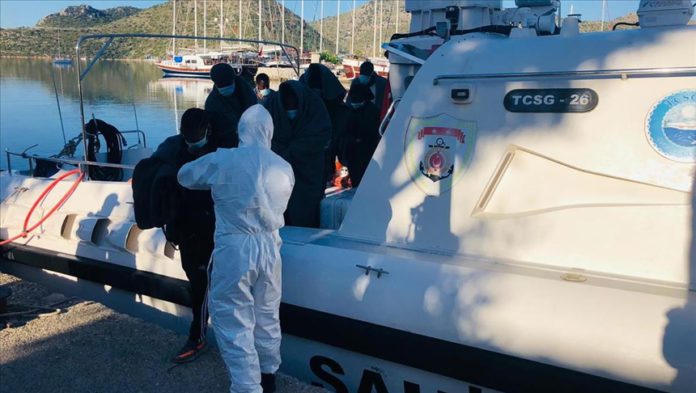 At least 91 irregular migrants were held on Thursday across southern Turkey, according to security sources.

Acting on a tip, provincial gendarmerie teams in southwestern Mugla province went to Seydikemer district and held 74 migrants, said a source, asking not to be named due to restrictions on speaking to the media.

The migrants, found in forestland, included 61 Afghan, 12 Pakistani and an Iranian nationals, it added.

There were also children among them.

Separately, border guards in the southeastern Sanliurfa province searched a car disguised as an intelligence vehicle.

Some 17 irregular migrants, including four children, were caught in the vehicle without a license plate, said a security source on condition of anonymity.

The vehicle, driven by a Syrian national who was subsequently arrested, was on course to the northern Syria border town of Tal Abyad, it added.

All irregular migrants were referred to provincial migration offices.