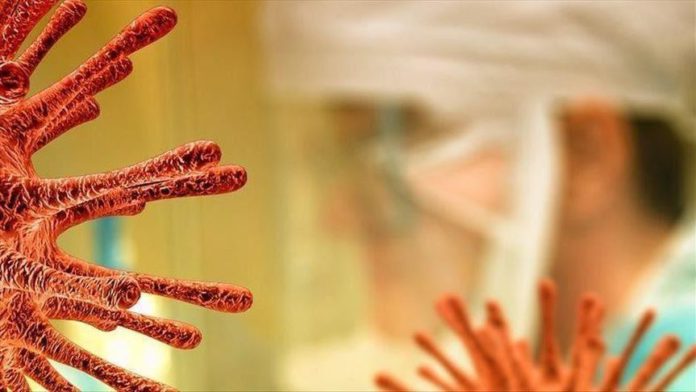 The International Council of Nurses (ICN) said Wednesday that it believes at least 90,000 healthcare workers had been infected and more than 260 nurses had died in the novel coronavirus pandemic.

Failure by governments to record infection rates and deaths of healthcare staff “is a scandal that puts staff at higher risk” and underestimates the true scale of the problem, the ICN said in a statement released in Geneva.

“The lack of official data on infections and deaths among nurses and other healthcare workers is scandalous,” said ICN chief executive officer Howard Catton.

“Nurses and healthcare workers have been put at greater risk because of the lack of personal protective equipment (PPE) and poor preparedness for this pandemic.”

The ICN called on governments to immediately start keeping accurate records of infections and deaths among healthcare workers.

Failure to do so increases the chances of more deaths and fails to honor those who have died, it said.

In April, ICN had reported that more than 100 nurses from around the world had died after contracting COVID-19.

In addition, it said the World Health Organization (WHO) had reported 23,000 infections among healthcare workers.

It said the figures released by the ICN and WHO were shocking, but that the ICN now believes them to significantly underestimate the situation.

ICN has gathered further information from its member National Nursing Associations (NNAs, some official government figures, and media reports), which suggest that at least 90,000 healthcare workers have been infected, and more than 260 nurses have died.

The ICN said thousands of nurses have been infected with COVID-19 and hundreds have already died, but governments are not able to provide accurate data as they are not collecting the data.

Such a lack of definite figures has led to a serious underestimation of the infection rate among nurses and the number of deaths, it added.

The ICN said this failure to record both infection rates and deaths among healthcare workers is putting more nurses and their patients in danger.

“ICN is calling for data on healthcare worker infections and deaths to be systematically collected by national governments and held centrally at the WHO,” it said.

Such a move would inform prevention strategies and address fundamental issues including testing and the lack of personal protective equipment (PPE).