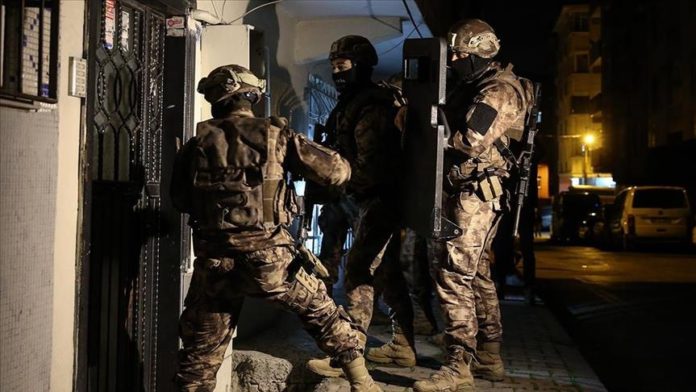 Police in Turkey arrested nine people over their alleged links to the PKK terror group, a security source said on Wednesday.

In a Bitlis-based operation, police teams of counter-terrorism department conducted raids in four provinces and arrested nine suspects, said the source on condition of anonymity due to restrictions on speaking to the media.

The raids were conducted in Istanbul, eastern Bitlis, and southeastern Diyarbakir, and Gaziantep provinces.

Organizational documents, literature, and digital materials related to the terror group were seized in the operation.