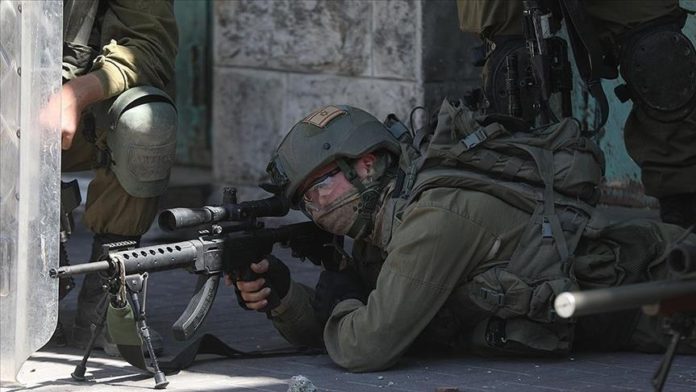 Nine Palestinians were injured on Friday in clashes with the Israeli army in the town of Beita, in the northern occupied West Bank.

The Palestine Red Crescent Society said in a statement that its medical team treated nine injured Palestinians “following confrontations between Palestinians and the Israeli army in the town of Beita, south of Nablus.”

The Israeli forces fired live ammunition, rubber bullets, and tear gas canisters on Palestinians staging a rally in Beita as part of their daily protest against Israeli settlements, which began in recent weeks.

Eyewitnesses told Anadolu Agency that dozens of demonstrators affected by the tear gas were treated in a field healthcare facility.

Four Palestinian protesters were killed in previous clashes in the same town.

Israel has been establishing a settlement outpost, known as Avitar, after occupying around 1,000 square meters of land in the town’s Jabal Sabih neighborhood, triggering the protests.