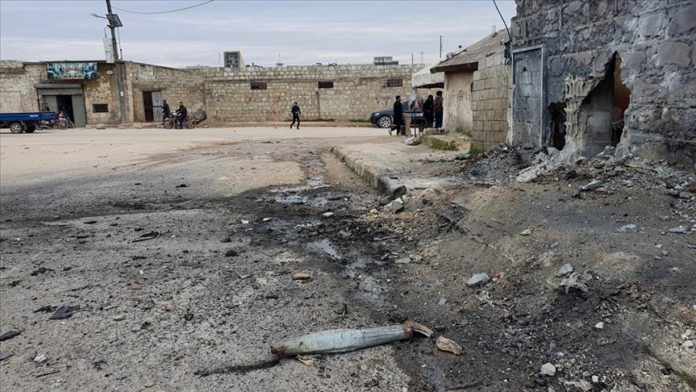 Nine civilians were killed and 30 others injured in a rocket attack carried out by the YPG/PKK terrorist group on Al-Bab district in northwestern Syria, according to local sources.

YPG/PKK terrorists in the Sheale region, west of al-Bab, fired a volley of rockets on the city entrance, the sources said.

The rockets struck the densely-populated neighborhood of Waki and the vicinity of Al-Bab Hospital, the sources added.

According to initial reports, nine civilians lost their lives and 30 were injured in the terrorist attack, which took place while civilians were shopping.

The rocket attack has caused material damage in the area.

YPG/PKK terrorist group was cleared out of Al-Bab in February 2017 with the Euphrates Shield Operation carried out by Turkiye.