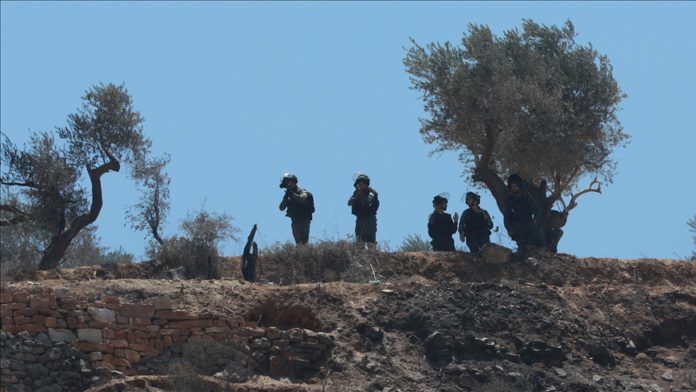 Eighty-seven Palestinians were injured Friday when tear gas was thrown at protesters by Israeli forces in the northern occupied West Bank.

Palestinians held demonstrations against illegal Jewish settlements in different parts of the West Bank, especially in Beita in Nablus and the village of Beit Dajan.

The Palestinian Red Crescent said three people were injured by live bullets and 84 with rubber bullets.

A tear gas canister hit the windshield of a Palestinian ambulance and a health worker inside was injured by broken glass. Two Palestinian volunteer health workers were injured with rubber bullets.

Under international law, all Jewish settlements in occupied territories are considered illegal.