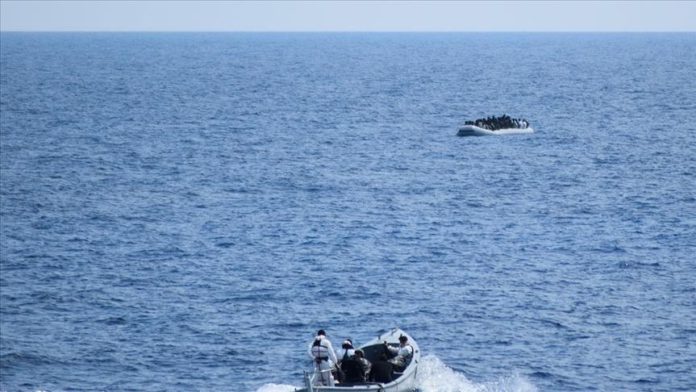 Tunisian authorities have rescued 84 of 127 migrants making their way by boat to Europe across the Mediterranean Sea, according to an official from the Tunisian Red Crescent.

The boat carrying 127 migrants capsized on Saturday off the coast of the southern town of Zarzis, Al-Monji Salim, a Tunisian Red Crescent official in Medenine province, told Anadolu Agency.

He added that the rescued migrants were from Eritrea, Sudan, Bangladesh, Egypt, Chad, and Yemen.

The remaining 43 migrants are still missing, he said.

Rescued being kept in quarantine

All of the rescued, including 12 Bangladeshis, are being kept in quarantine in Zarzis, an official from Bangladeshi Foreign Ministry said on condition of anonymity due to restrictions on talking to the press.

Some Bangladeshis may also be among those missing, the official told Anadolu Agency, citing a report from the Bangladeshi mission in Tunisia.

“Our mission is maintaining constant communications with Tunisian government, Red Crescent, IOM (International Organization for Migration) and other concerned authorities on our nationals,” he added.

Last month, Libyan coast guards rescued and detained 439 migrants, including 164 Bangladeshis, from the Mediterranean Sea while they were trying to make their way to Europe illegally.

Every year, thousands of irregular migrants use Tunisia and Libya as a gateway to cross the Mediterranean to Europe in overcrowded boats, often dying in the process.

According to the UN High Commissioner for Refugees, more than 700 migrants have died so far from January to May this year while trying to make the journey, while a total of 1,400 died in 2020.