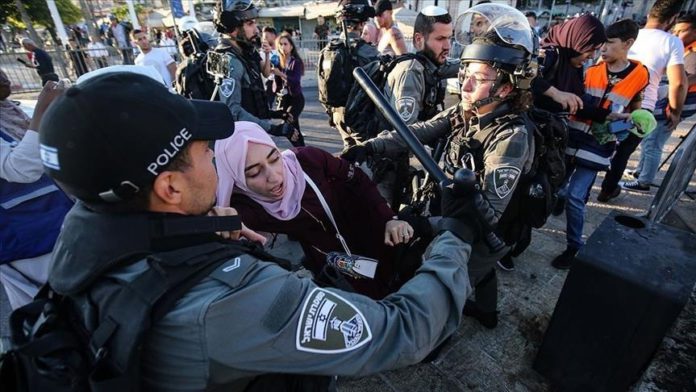 At least 83 Palestinians were injured on Friday as Israeli forces used live and rubber-coated metal bullets as well as tear gas to disperse protesters demonstrating in the occupied West Bank against illegal settlements.

The Palestinian Red Crescent (PRC) said that eight people received live bullets, while 10 others, including a paramedic in the town of Beita, were injured with rubber-coated metal bullets.

Some 65 more Palestinians were suffocated by tear gas, it added.

According to witnesses, the Israeli forces fired live and rubber-coated metal bullets and tear gas canisters at hundreds of Palestinians after Friday prayers near Mt. Sabih in the town of Beita.

Similar confrontations were also witnessed in the town of Kafr Qaddum and Beit Dajan, where dozens of Palestinians were affected by tear gas.

The Israeli army also suppressed a protest against the settlements in the Masafer Yatta area in Hebron.

*Bassel Barakat contributed to this report from Ankara​​​​​​​.