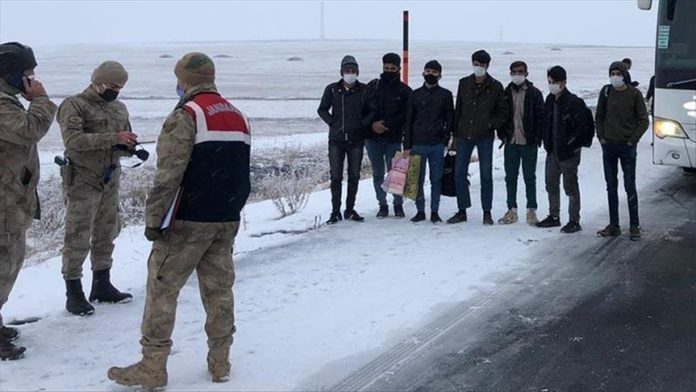 At least 81 irregular migrants were held in eastern Turkey on Friday.

Anti-smuggling and border security teams carried out operations in different locations in northeastern Kars, according to the province’s police office.

All 52 individuals held are Afghan nationals and they have been shifted to the provincial migration authority to be deported, the office said.

In the eastern Bitlis province, police held 29 foreign nationals who entered Turkey illegally when they stopped a minibus in the Tatvan district, the office of the governor said in a statement.

The driver of the minibus, who organized the illegal trip, was arrested during the operation.