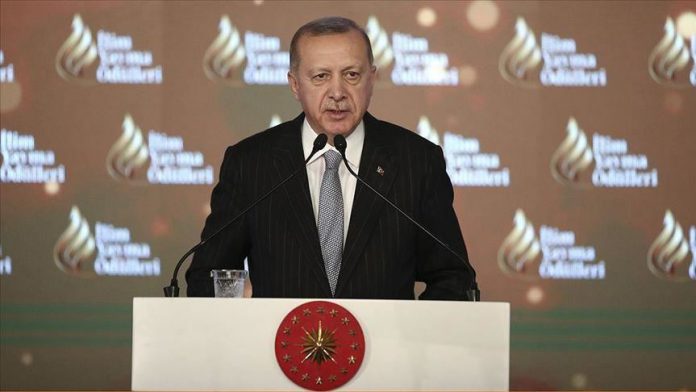 More than 80,000 migrants from Syria’s Idlib have started to migrate toward the Turkish border, President Recep Tayyip Erdogan said Sunday.

“In such a case, Turkey will not bear all alone the burden of this migration,” Erdogan said, speaking at an event in Dolmabahce Palace in Istanbul.

Erdogan said that Turkey along with Russia is making all-out efforts to end the attacks in Idlib.

In this regard, he said, Ankara will send a delegation for discussions to Moscow on Monday.

“We will determine the steps we will take according to the results,” he added.

An uneven birthday party for America