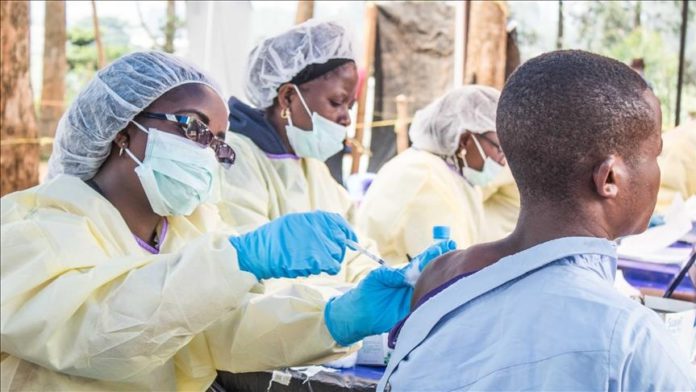 At least 800 people in Uganda have been inoculated with fake COVID-19 vaccines, officials disclosed on Wednesday.

Police, Health Ministry officials, and State House Health Monitoring Unit have arrested two nurses for injecting people with fake shots and issuing fake certificates. The doctor who was leading the operation, however, is on the run.

Addressing a news conference in the capital Kampala, Dr. Wallen Naamara, the head of the health unit, said the network duped many people and companies.

“It is unfortunate that some medical workers are administering fake COVID-19 jabs to unsuspecting people. We did undercover work and arrested two nurses in the act,” she said.

According to her, those injected were mostly from companies that paid 200,000 Uganda shillings ($54) for the vaccination of each of their workers.

A representative of the Uganda National Medical Stores, a government-owned organization mandated to obtain, store and distribute medicines, said the items seized from the nurses were not procured from them. The drugs did not have government labeling, as required by law, the representative added.

It received 964,000 doses of the Oxford-AstraZeneca vaccine in March, and over 800,000 people have since been vaccinated. An additional 175,200 doses arrived in June.

The country’s parliament is closed for two weeks until July 11 as 160 people in the complex, including 14 lawmakers, tested positive.