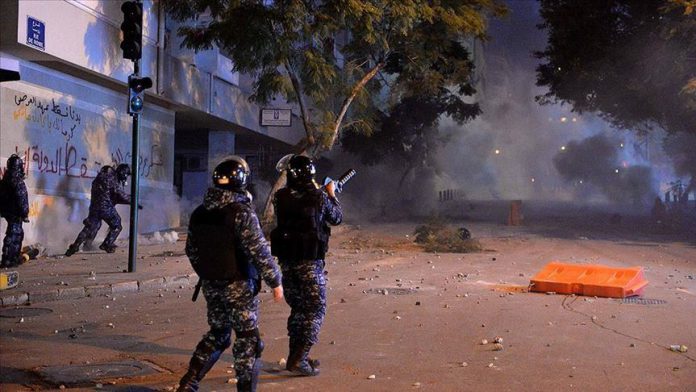 Eighty of 220 injured protesters in Beirut were admitted to hospitals Saturday after clashing with security forces outside the parliament building.

The remaining 140 of the injured received outpatient treatment, according to the Lebanese Red Cross.

Lebanon cities hosted marches with the slogan: “We will not pay the price” to protest the country’s economic and political situation.

Protesters in Beirut threw stones and water bottles at security forces, who responded with water cannons and tear gas.

Protests have become violent for the first time since they began Oct. 17. Some tents of demonstrators and shops in the region were set