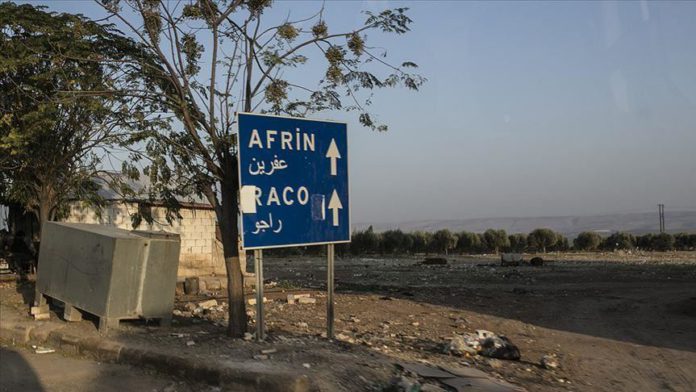 At least eight soldiers of the Syrian National Army (SNA) were martyred in an attack carried out by the YPG/PKK terrorist group in Afrin, northwestern Syria.

From Tal Rifat district, terrorists attempted to infiltrate front lines in Bassouta region in the south of Afrin province.

The terrorist group continued to target Syrian National Army and civilian settlements in Afrin and Azaz provinces from Tal Rifat despite a Turkey-Russia deal that foresees their withdrawal from the region.

Ankara and Moscow reached a deal on Oct. 22 under which YPG/PKK terrorists will pull back 30 kilometers (18.6 miles) south of Turkey’s border with northern Syria within 150 hours.

In its more than 30-year terror campaign against Turkey, the PKK – listed as a terrorist organization by Turkey, the US, and the EU – has been responsible for the deaths of 40,000 people, including women, children and infants. The terrorist YPG is the PKK’s Syrian branch.