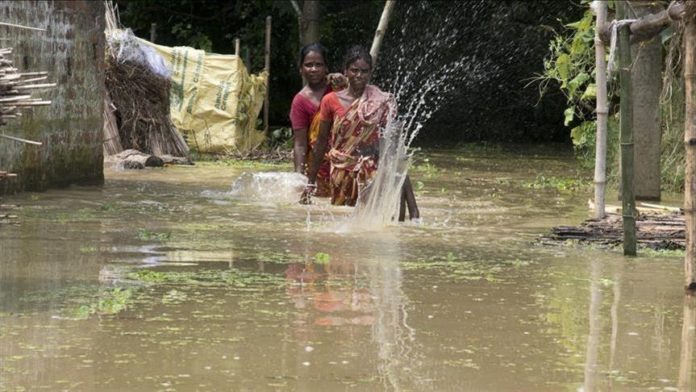 Five people were killed and many are believed to be trapped due to landslides in the Raigad district, while three others died after a building collapsed in the country’s financial hub Mumbai.

According to Nidhi Choudhari, a senior civil official in Raigad, four incidents of landslide were reported on Thursday night.

“Five people have died. Many are believed to be trapped,” Choudhari told Anadolu Agency over phone. She said that the disaster response teams are facing difficulties in reaching the village as heavy rains submerged the roads.

Choudhari also said that 15 people were rescued by the authorities after the incident.

Maharashtra and other Indian states are currently witnessing monsoon rains that have caused flood-like situation in many areas.

The Indian Navy on Friday morning said that they have mobilized rescue teams for flood relief and evacuation in Maharashtra.

“Despite adverse weather conditions and widespread inundation in affected areas, a total of seven naval rescue teams departed by road for deployment to the Ratnagiri and Raigarh [Raigad] districts,” a navy spokesman said.

Ethiopia admits to shooting at UN staffers in Tigray