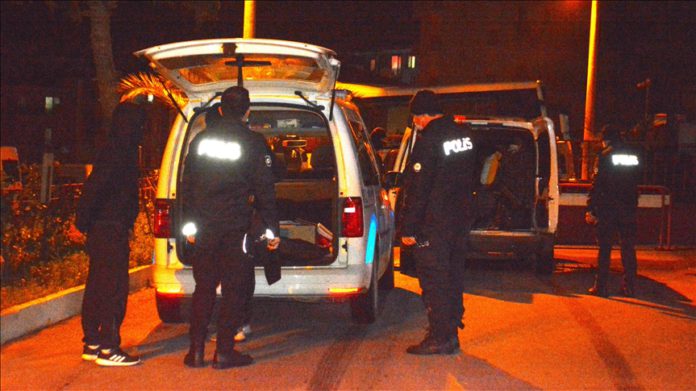 At least eight irregular migrants of Congolese nationality and three smugglers were held early Wednesday by police in the town of Ayvalik in Turkey’s northwestern province of Balikesir.

The police began following a vehicle carrying the irregular migrants after it refused to stop during a traffic check.

The driver drove the vehicle into a forest in an attempt to hide, and police teams conducted a search for nearly an hour.

The irregular migrants, including two children and a woman, were taken to the local security directorate where they were provided with food and medical treatment.

The three smugglers were taken into custody. The police found out that they were wanted for several crimes. One of them turned out to be wanted for seven crimes and a prison break.