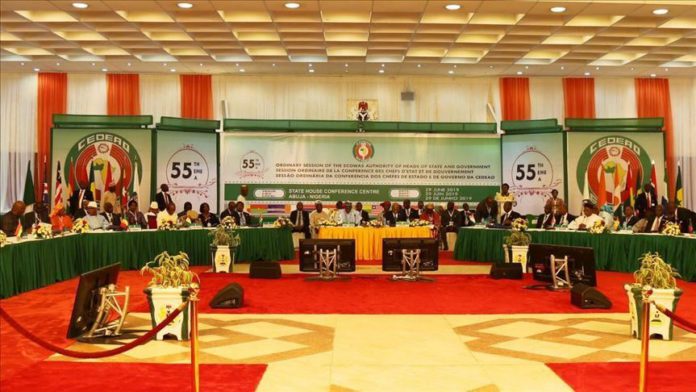 It is official that the Eco will replace the CFA franc as the new currency for the eight Francophone countries that form the West African Economic and Monetary Union (UEMOA).

France’s Council of Ministers officially passed a bill earlier this month that ratified the reform of the monetary agreement that bound the French government to the eight member states.

Doing so brought to a close 75 years of rule by the French Republic in which the states had been compelled to centralize — to deposit – their foreign exchange reserves in the Banque de France, otherwise known as the French Treasury.
Benin, Burkina Faso, Guinea-Bissau, Ivory Coast, Mali, Niger, Senegal and Togo will now pool their reserves entirely within the Central Bank of West African States, or BCEAO.

The Eco will remain pegged to the Euro and will be backed by the French Treasury. The euro will guarantee the Eco’s convertibility and stability, with the Treasury remaining as guarantor for all eight UEMOA states.

The CFA franc, or Communaute francaise d’Afrique, has been in use since 1945 and was created in the wake of the weakness of the franc after World War II. Initially tied to the franc, it has been linked to the euro since that currency’s inception.

Although adopting their own currency had been West Africa’s goal for decades, it was last July 1 the UEMOA member countries announced their strong intent to stop using the CFA franc and start using the Eco.

Oddly enough, the Eco is expected to be adopted by member states July 1.

The French government will also withdraw its presence from all West African governing bodies with whom it had been involved, such as the BCEAO.

The Council of Ministers expressed their role would be more guarantor than anything.

“This new position enables us to support the UEMOA in its commitment to pursuing the single currency project of the Economic Community of West African States (ECOWAS),” it said in a statement.

Only the West African CFA will sever its ties to France. The currencies are interchangeable.

Adopting the Eco currency means only good things for UEMOA member states: It will decrease present trade barriers, reduce the cost of doing business and raise the prosperity of an enormous region with a population of more than 380 million.

France does not make money on its regulation of foreign exchange reserves that member states were compelled to keep but in reality pays an annual interest rate with a ceiling of 0.75% to the two central banks of the region. In fact, France has denied having made any investment in the reserves.

Breaking from the Banque de France also means West Africa is making a break with the past: Each UEMOA country, with the exception of Guinea-Bissau, is a former French colony. Establishing the Eco reduces

France’s influence and ushers out a time of colonial domination.

President Emmanuel Macron and Finance Minister Bruno Le Maire have been open to the discussion for, as they called it, “ambitious avenues” in the past. It was during a joint news conference in the Ivory Coast last

Macron, along with Ivorian President Alassane Ouattara, disclosed in December that UEMOA member countries would no longer use the CFA.

As the former minister for long-term strategy and public policy evaluation of Togo, and former economic and digital director of the International Organization of LaFrancophone, economist Kako Nubukpo sees the vast long term benefit of a single currency that West Africa can call its own.

“The Eco’s creation process constitutes a true test of the credibility of West Africa’s vision and governance. For France, the process serves instead as a test of its sincerity concerning its willingness to effectively put the CFA franc to rest,” he said.