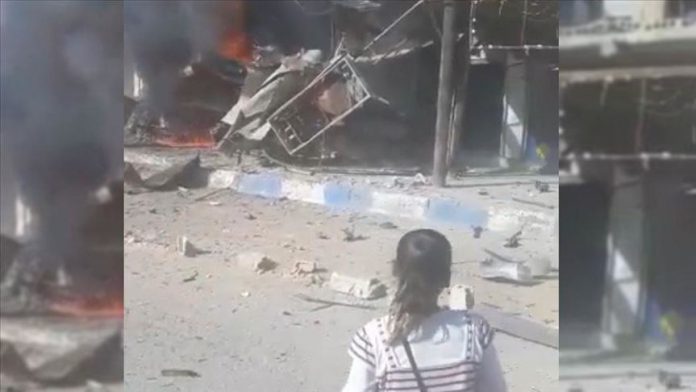 Eight civilians were killed and at least 20 others wounded in a car explosion attack by YPG/PKK terrorists in south of Tal Abyad in northern Syria, Turkey’s National Defense Ministry said on Sunday.

“Innocent civilians have once again been slaughtered by murderous PKK/YPG terrorists. 8 civilians have been killed, more than 20 have been injured in an IED attack carried out by the terrorists in south of Tel Abyad,” the ministry said on Twitter.

Tal Abyad and Ras al-Ayn were cleared of terrorists during Turkey’s Operation Peace Spring — launched on Oct. 9 to eliminate terrorists from northern Syria