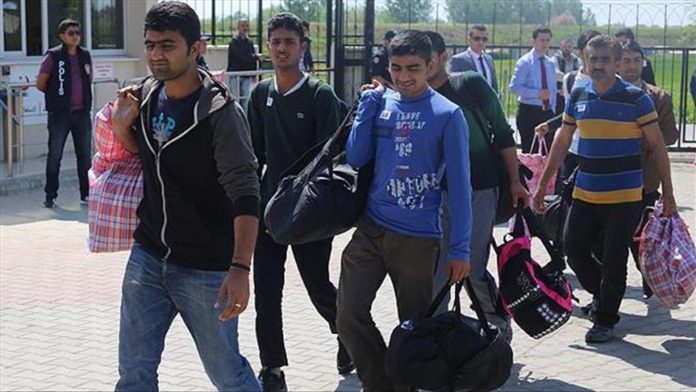 Gendarmerie forces in northwestern Turkey rounded up a group of eight asylum seekers on Thursday who were trying to make their way across the border to neighboring Bulgaria.

The asylum seekers, all of whom were Egyptian nationals and were held in Kirklareli province, said they were caught by Bulgarian police officers who stripped them of their valuables before being leaving them back on the Turkish side of the border.

They also recounted that they had been beaten by the Bulgarian police, after which they were taken by Turkish officials to a hospital for health checks and referred to the provincial migration office for deportation.