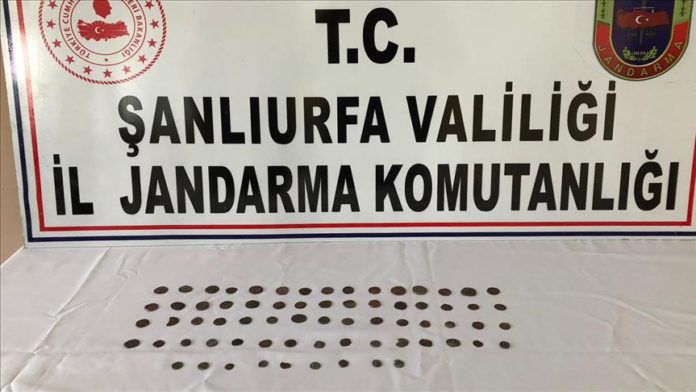 Some 70 Roman-era coins were found from a car stopped by gendarmerie forces in Akcakale district.

As many as 1,500 packets of smuggled cigarettes were also seized from six trucks in the district. Nine suspects were arrested during the operation.