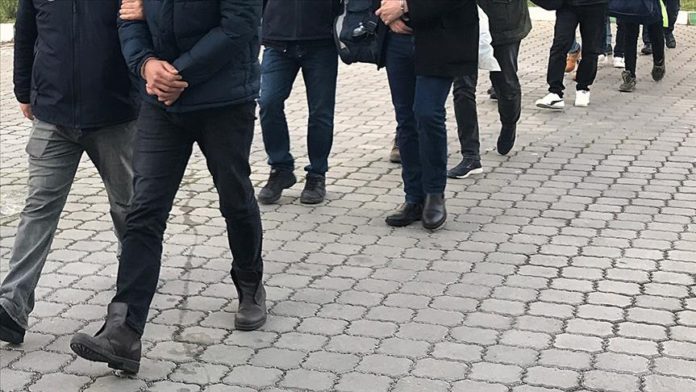 At least 70 suspects were arrested across the country on Monday over their links to the Fetullah Terrorist Organization (FETO), the group behind the 2016 defeated coup in Turkey.

In an operation based in central Konya province and conducted simultaneously in seven provinces, four suspects were nabbed as part of an investigation into the terror group.

This came after prosecutors in Konya issued arrest warrants for eight suspects who were acting as ‘covert imams’ — senior FETO members — for Turkish Armed Forces personnel.

While the gendarmerie nabbed four suspects, efforts are ongoing to arrest the other four who could not be found in their addresses.

In the Aegean Izmir province, 31 suspects were arrested in an operation targeting 30 residences that were thought to be used by the terror group.

Arrest warrants had been issued by prosecutors in Izmir for the suspects for using the terror group’s encrypted messaging app ByLock, taking part in the covert structure of the organization, or continuing their organizational activities.

A total of $179,000 and 37,500 liras ($4,958), supposed to be distributed among prisoners or fugitives linked to the terrorist organization as well as multiple digital materials were seized by the police in the operation.

Another 35 suspects, including soldiers, police, and public officials, were arrested by the police in an operation based in the southeastern Sanliurfa province and conducted in 13 cities.

This came after prosecutors in Sanliurfa conducted an investigation into deciphering FETO terrorist organization’s activities.

The suspects, including soldiers, teachers, academics, doctors, and polices, were performing organizational duties within the Turkish Armed Forces and the gendarmerie, communicating via pay-phones, and infiltrating into state institutions by illegally obtaining exam questions and using ByLock.