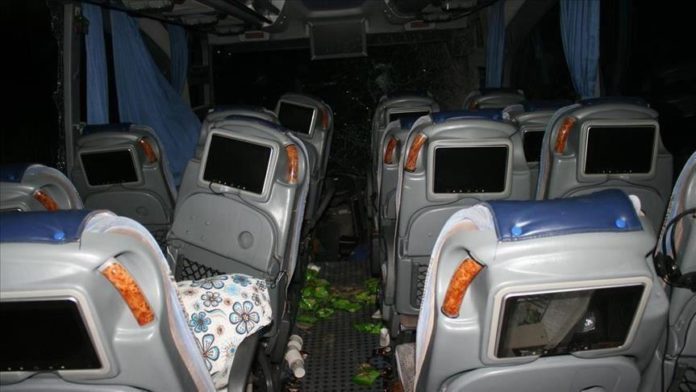 At least seven refugees died in northeastern Greece when a minibus carrying them crashed early on Friday, local media reported.

The vehicle carrying 15 people was traveling on the Egnatia Odos highway from the country’s northeastern border with Turkey towards the northern port city of Thessaloniki when it crashed just after midnight, said Greek public broadcaster ERT, citing local police sources.

Police said that the vehicle had been traveling at high speed and that the driver, also thought to be a human smuggler, lost control as he tried to exit the highway, hitting a toll booth and then crashing into an adjoining storage container, ERT noted.

The victims of the crash were transported to public hospitals in the northeastern provinces of Komotini and Xanthi, including eight people — one of them being the driver — who had been injured.

A preliminary investigation has been launched into the incident, added ERT.

July 31, 2021
We use cookies to ensure that we give you the best experience on our website. If you continue to use this site we will assume that you are happy with it.Ok