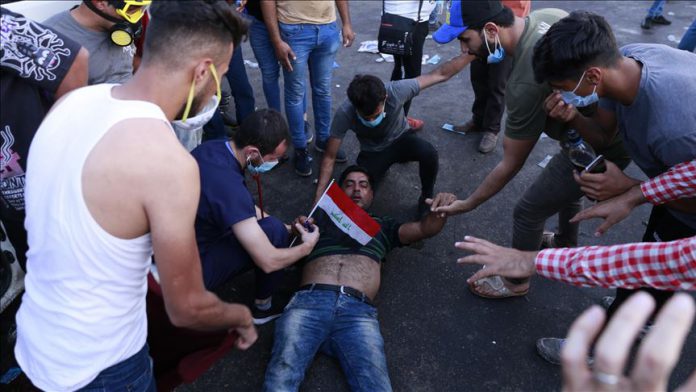 Seven Iraqi protesters were shot dead by Iranian-backed militiamen in the southern city of Hilla, according to a local police officer on Sunday.

Militants from the Hashd al-Shaabi-affiliated Badr organization opened fire on protesters overnight, killing seven and injuring 42 others, the officer said, requesting anonymity because he was not authorized to speak to the media.