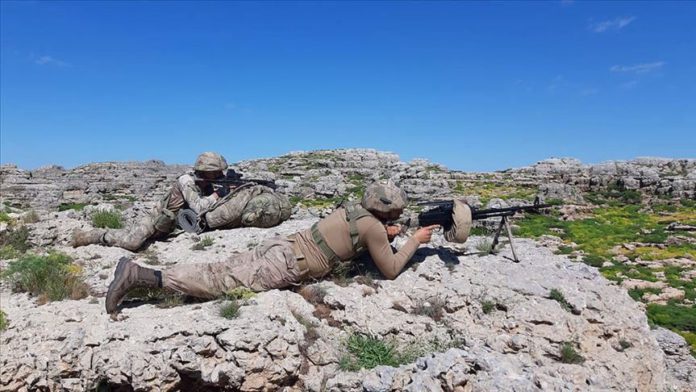 The wanted list is divided into five color-coded categories, with red as the most wanted, followed by blue, green, orange and grey.

The terrorists were neutralized in the southeastern Siirt and Farasin regions.