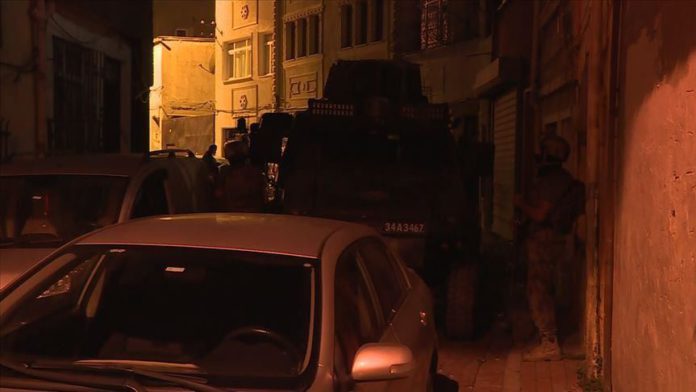 Seven suspects were arrested early Saturday during an operation against the PKK/KCK terror group in Turkey, according to authorities.

The Security Directorate in Istanbul said the operation was carried out as part of efforts to uncover and prevent the terror group’s activities.

Suspects were held in the operation which was also attended by special operation teams.

Digital materials and organizational documents were seized at the residences of the suspects.

Authorities learned that the suspects were operating for the group in the Afrin region prior to Turkey’s anti-terror Operation Olive Branch in Syria before they illegally entered Turkey.