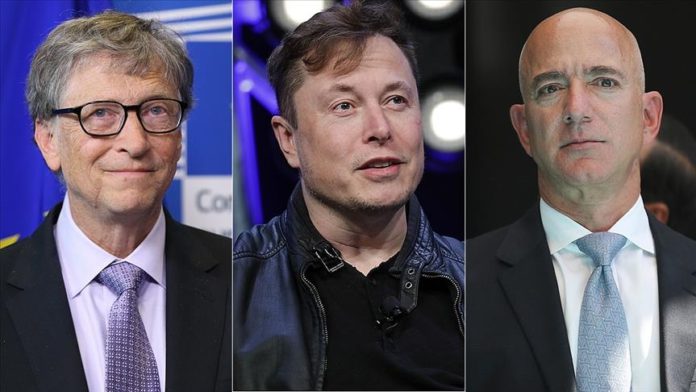 Seven of the top 10 businessmen in the list of the world’s 500 richest people are engaged in technology, according to Bloomberg Billionaires Index data.

Jeff Bezos, the founder of Amazon, is at the top of the list. His wealth, which was $110 billion in December 2019, has significantly increased during the coronavirus pandemic reaching $187 billion. Amazon is also the world’s largest shopping site in terms of market value.

Elon Musk takes second place overtaking Bill Gates. According to the index, Musk, who increased his fortune to $140 billion, is the CEO of companies such as Tesla, Space and Neuralink, which are widely known all over the world.

Bill Gates, the founder of Microsoft, takes third place in the list. Gates made his name with Microsoft Windows, one of the most used operating systems in computers today. Gates, who topped the index for many years, has a fortune of $129 billion.

French businessman Bernard Arnault ranks fourth on the list with a fortune of $105 billion, while Facebook’s founder Mark Zuckerberg is in fifth place. The fortune of Zuckerberg, who owns Facebook, Instagram and WhatsApp, is $104 billion.

Turkey's oil imports up 22.3% in October

Japan to extend another $17M for Rohingya in Bangladesh