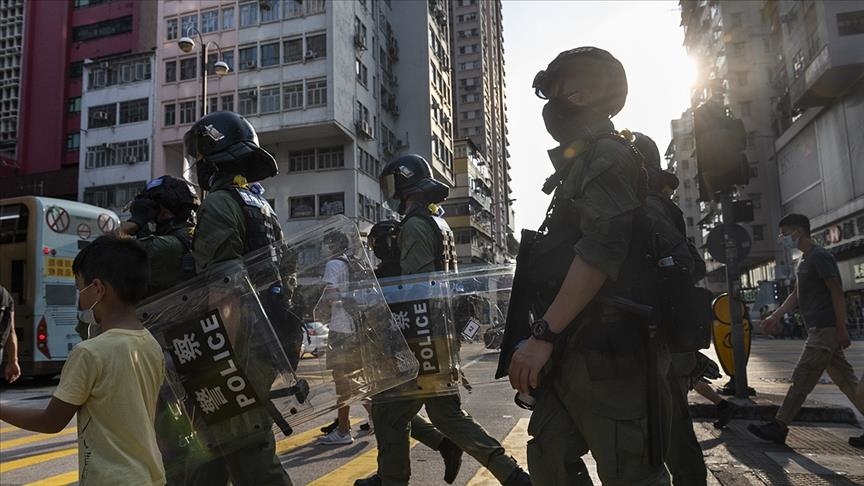 A court in Hong Kong on Thursday convicted at least seven pro-democracy activists for taking part in allegedly “unlawful” protests in 2019 when anti-government demonstrations hit the region, according to local media.

All have denied the charges brought against them.

A proposal to legalize extradition of criminals in Hong Kong, now shelved, to mainland China had triggered mass demonstrations in the enclave in 2019, one of the world’s busiest trading hub.

The seven convicted were accused of “organizing and taking part” in the “unlawful assembly” in one of the biggest anti-government protests held on August 18, 2019 where organizers claimed 1.7 million people took part against the bill.

Judge Amanda Woodcock in her written verdict said police did not object to holding a rally at Victoria Park on the day.

However, police had rejected a request to march from the park to the Central District and for another rally to be held there, though this happened anyway.

Politician Au Nok-hin had already pleaded guilty to “organizing and knowingly taking part” in the unauthorized assembly while former lawmaker Leung Yiu-chung pleaded guilty to participating in the illegal assembly, the report added.

Defense lawyers told the court that the veteran activists “were only taking part in the procession to help disperse the crowd” — an argument rejected by Woodcock.

“I am sure this public procession was not about dispersal of crowds. That was a description used to defy the law and circumvent the ban,” she said in her ruling.

“This intention was vocalized repeatedly and publicly days before the public meeting. It was only a dispersal plan in name and the truth is, it was a planned unauthorized assembly.”

On whether police committed any mistake in their strategy against the anti-government demonstrations, the judge said it was “irrelevant to the charges.”

Six of the defendants were granted bail but banned from travelling outside Hong Kong.

Leung Kwok-hung, Jimmy Lai and Au Nok-hin are still in custody in relation to other cases.

The judge is set to hear mitigation pleas on April 16, with sentences to be handed down later this month.

Netanyahu tried to save himself at 'cost of Palestinian blood’: Palestinian...