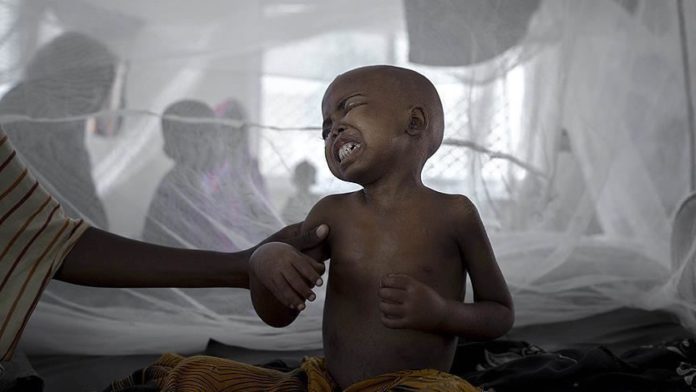 At least seven people have died and over 100 have needed medical attention due to a cholera outbreak in northern Kenya, authorities said on Thursday.

According to an official, 134 people have been discharged after treatment this week in Marsabit County in northern Kenya, bordering Somalia.

“All seven of the deceased were from Illeret Ward and died of severe diarrhea. Most of those affected in the outbreak are children,” Marsabit County Health Executive Jamma Wolde told Anadolu Agency.

He said medical supplies have been sent to the area and efforts are being made to stop the spread of the disease.

According to a report by newspaper Daily Nation, the outbreak is being attributed to interaction of locals with residents of Bubua in neighboring Ethiopia where hundreds have died due to recurrent waves of cholera since last April.

There was a cholera outbreak in neighboring Somalia too earlier this year.

A total of 732 cases were recorded across the country between Jan. 23 and Feb. 25, according to the UN Office for the Coordination of Humanitarian Affairs.

Seven deaths and 617 cases were reported in the central Hiran region and at least 115 cases were recorded in a week in the southeastern Banadir region in which the capital Mogadishu is located.