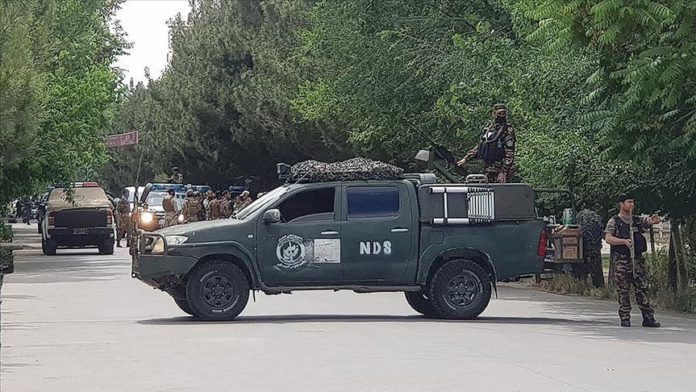 At least seven Afghan policemen were killed and 20 more injured in two separate attacks claimed by the Taliban on Wednesday.

The deadlier of the two attacks was a suicide car bombing in the southern Kandahar province, which killed three policemen and injured 20 others.

He said the attacker was identified before reaching his intended target — the district police headquarters — and detonated the explosives at a little distance from the building.

Taliban spokesperson Qari Yosuf Ahmadi claimed responsibility for what he said was a “tactical attack.”

In nearby Ghazni province, four policemen, including a senior official, were killed in a landmine blast claimed by the Taliban.

According to an official statement, the victims were the police chief for the Deh Yak district and his three police guards.

No group had claimed responsibility for the attack yet.

The violence comes amid stalled peace efforts in the war-ravaged country.

Earlier this week, President Ashraf Ghani warned that continued attacks by the Taliban pose “serious challenges” to the peace process.

Peru’s third president in a week sworn in