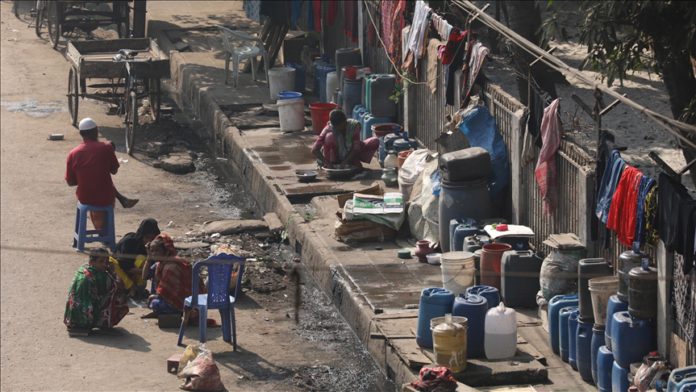 As many as 68.3 million people lack access to safely managed drinking water in Bangladesh, while 103 million are deprived of safely managed sanitation facilities, according to a new report.

Billions of people around the world will be unable to access safely managed household drinking water, sanitation, and hygiene services in 2030 unless the rate of progress quadruples, said the report from the World Health Organization (WHO) and UNICEF late Thursday, issued in Bangladesh’s capital Dhaka.

Moreover, 61.7 million people in Bangladesh do not have access to basic hygiene facilities, close to 3% of the global burden, the report said.

Eight out of 10 people without basic water services lived in rural areas in the world. Meanwhile, safely managed sanitation services reached 62% of the world’s urban population, but only 44% of its rural population.

COVID-19 has highlighted the urgent need to ensure that everyone can access good hand hygiene. At the onset of the pandemic, three in 10 people worldwide could not wash their hands with soap and water within their homes, it added.

“Despite our impressive progress to date to scale-up these lifesaving services, the alarming and growing needs continue to outstrip our ability to respond,” said UNICEF Executive Director Henrietta Fore.

Shahriar Hossain, founder of the Dhaka-based Environment and Social Development Organization NGO, told Anadolu Agency that there are some 20 million people living in the capital, but the drinking water from city taps is not drinkable without purification.

People in low-income families and slums have to drink and use the tainted water, he added.

​​​​​​​He also urged the government to boost funding for pure drinking water and hygiene measures for the public and introduce it as an independent sector in the national budget.