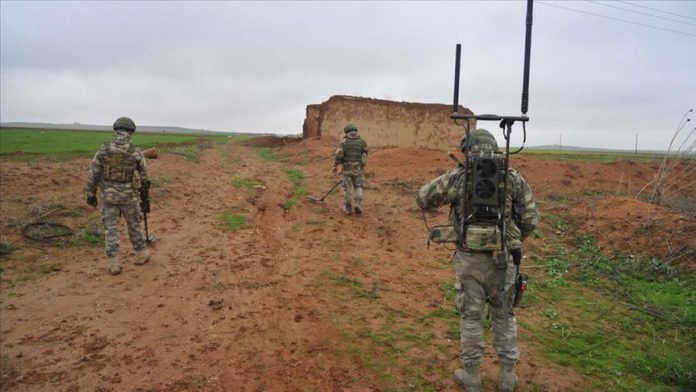 The explosives, including anti-personnel and anti-tank mines and improvised explosive devices, were planted by PKK/KCK-YPG terrorists on both sides of a culvert in Akcakale district of Sanliurfa province, bordering Syria, according to a statement by the provincial governor’s office.

It said security sources obtained information that members of the terrorist organization in Tal Abyad and Ayn al-Arab regions of Syria were bringing weapons, ammunition, and explosives to the Akcakale district border area.

They found out that the terrorists were hiding the weapons and explosives in a forested area and would hand them out to other members of the terrorist organization to carry out attacks, the statement said.

Intelligence efforts to uncover domestic and foreign activities of members of the PKK/KCK-YPG terrorist organization are ongoing, according to the statement.

A large-scale investigation into the case also continues, it added.