TurkishPress
Home Americas US & Canada 66% of Republicans want Trump to run in 2024: Poll 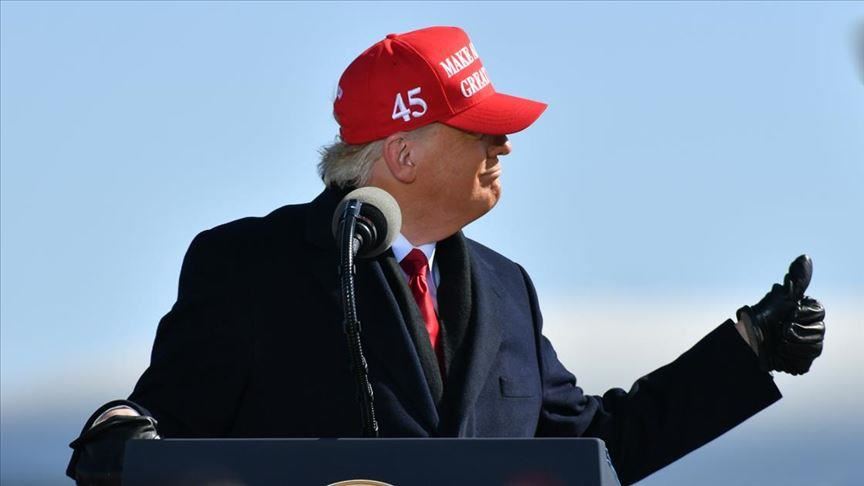 The majority of Republican Party voters, 66%, say they would support US President Donald Trump if he seeks another presidential bid in 2024, revealed a poll.

The voters’ priorities survey of Seven Letter Insight asked participants what they would support or oppose Trump doing after the 2020 election wraps up.

While two-thirds of Republicans want him to run again in 2024, nearly four in 10 (38%) want him to refuse to give up power and remain in the White House.

Also, 41% of Independents and 26% of Democrats want to see Trump seek a second term.

However, the GOP voters shuttle between peaceful transition and challenging election results. The peaceful transition of power to the President-elect Joe Biden administration receives support from 67% of the voters, while 63% back to contest the election in the Supreme Court.

Some 78% want to see Trump help guide the Republican Party and %63 would support Trump to stop using Twitter to discuss politics.

Less than half of GOP voters, 49%, said they would like to see Trump leave American politics and recede into private life and 29% urge him to leave the country as he has stated he would do on the campaign trail.

The nationwide Seven Letter Insight poll was conducted Nov. 10-19 with 1,500 adults. It has a margin of error of plus or minus 2.5% points.