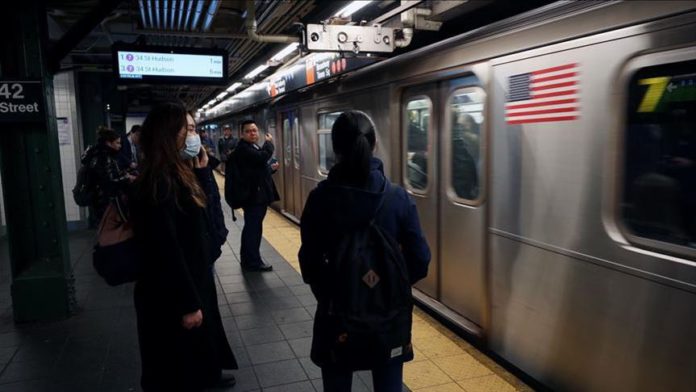 A vast majority of Americans maintain fears about being exposed to the coronavirus as discussions about a second wave continue in the US, according to a poll released Wednesday.

Gallup poll showed 29% of the populace “very worried” about being infected while 66% are “very plus somewhat worried.”

While most of the world, including the US, are on a downward trend, a recent peak in cases reported in some states amid reopening plans have raised questions about a possible second wave.

US President Donald Trump’s administration explains the increase in the case tally, which stands at more than 2 million, as ramped up testing, defending the reopening of the economy.

Concerns were significantly raised since early February, when Gallup found only 36% of Americans had serious concerns about being exposed. That figure nearly doubled in March to 60% – 63%, and hit 67% in late April.

Black and Hispanic Americans are much more likely than whites to express a “very worried” levels of concern, 37% and 50%, respectively. While just 25% of whites gave the same response.

The survey revealed a large gap in concern about exposure across political parties, with 85% of Democrats are at least somewhat worried they will come into contact with the virus, compared to 47% of Republicans and 66% of Independents.

Democrats, 42%, are also nearly three times as likely as Republicans, 15%, to be very worried and 11 points likelier than Independents.

The poll was conducted between May 28 and June 4, with interviews with 1,034 adults. It has a margin of error of plus or minus 4 percentage points.

The US continues to be the worst-hit country by coronavirus with more than 2.1 million cases and over 117,000 fatalities, according to a running tally of Johns Hopkins. It has more than 583,500 recoveries.

'UK hospitals under more pressure than any other time'