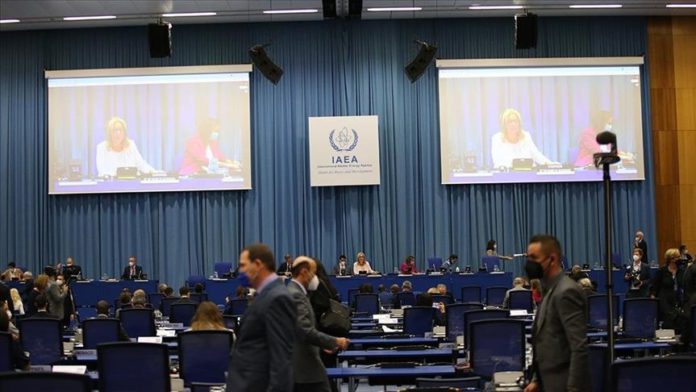 Speaking at the opening ceremony of the five-day conference, IAEA Director General Rafael Mariano Grossi mentioned the efforts of agency against the COVID-19 pandemic.

Noting that the main theme of this year’s scientific forum will be based on “combatting zoonotic diseases,” Grossi said: “This pandemic has truly woken all of us up to the profound dangers of zoonotic diseases.”

“The IAEA assisted 146 countries and territories last year through our technical cooperation programme, 35 of which were least developed countries,” he added.

On the 2015 Iran nuclear accord, commonly known as the Joint Comprehensive Plan of Action (JCPOA), Grossi said: “the Agency’s verification and monitoring activities have been adversely affected as a result of Iran’s decision to stop the implementation of its nuclear-related commitments under the JCPOA.”

The IAEA head also announced his plans to visit the Iranian capital Tehran to hold “high-level consultations with senior Iranian officials,” and reiterated “the requirement for Iran to clarify and resolve these issues without further delay.”

For his part, Mohammad Eslami, vice president of the Islamic Republic of Iran and head of the country’s Atomic Energy Organization, recalled developments happened after the US unilaterally withdrew from the accord in 2018 and went on to reimpose sanctions on Tehran.

“Now, it is the time for the US to rectify the wrong policies and initially remove all sanctions in a practical, effective and verifiable manner,” Eslami said.

He stressed that “it is necessary that the IAEA avoids politicization and maintains its independence, impartiality and professionalism.”

He said that the “inaction of the United Nations and the IAEA in dealing with terrorist acts against peaceful nuclear facilities, has encouraged aggressors to continue,” while urging “for full implementation of Article VI of NPT (Nuclear Nonproliferation Treaty).”

The Additional Protocol of the NPT grants special audit permissions to inspectors from the IAEA.

Biden in his message cited the upcoming COP 26 Climate Change Conference in the UK, and said “the IAEA and its Member States must do all that we can to meet the goals set out in the Paris Agreement and reach net zero emissions by 2050.”

He also noted the necessity of international cooperation to achieve goals and “to advance the highest standards of safety, security, and safeguards.”

“I urge all countries to adopt the Additional Protocol as a universal nonproliferation standard,” he said.

Biden’s message also added that “the United States continues to seek a mutual return to compliance with the Iran nuclear deal, and the complete denuclearization of the Korean Peninsula.”

Majority of Republicans to vote for Trump in 2024: Poll