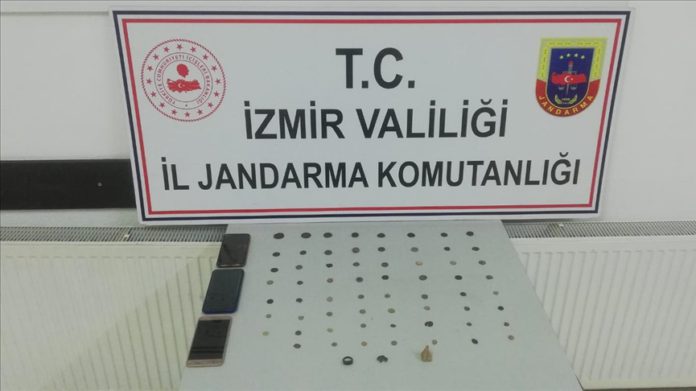 At least 65 historical artifacts have been seized on Wednesday in an anti-smuggling operation in western Turkey, according to a security source.

Gendarmerie teams in Izmir province learned that a suspect, identified by the initials C.O., was travelling from Manisa — another western province — to Izmir via a vehicle to sell the historical artifacts he had, said the source on condition of anonymity due to restrictions on speaking to the media.

The teams stopped the vehicle in Kemalpasa district of Izmir and found 63 coins, a ring, and an animal figured object from the Hellenistic and Roman periods.

Legal procedures have been initiated against those in the vehicle, identified as C.O., Y.A., and S.B., the source added.

The artifacts will be delivered to local museum authorities, it said.

Modern day Turkey has been home to many ancient civilizations, and hence, is rich in relics. This has attracted smugglers who often plunder tombs and other archeological sites.

Turkey is against all kinds of coups: President