TurkishPress
Home News 64% of Americans believe racism against Blacks is widespread in US: poll 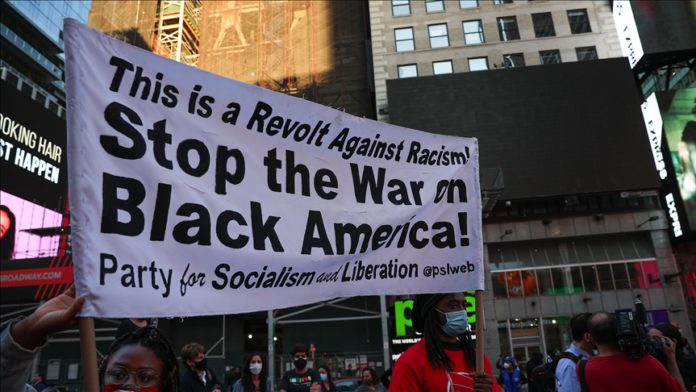 A new nationwide poll finds 64% of Americans believe that racism against Blacks is widespread in the US.

“It is the highest in the trend of five total readings since 2008, the three most recent of which are 60% or higher,” according to Gallup’s 2021 update on minority rights and relations.

Americans’ satisfaction with the treatment of Black people remains near its historical low, it finds.

Eighty-four percent of Black Americans feel racism against Blacks is widespread, while 72% of Hispanics agree, and 59% of Whites agree.

And on the question of police and race, 55% of those asked feel Blacks are treated less fairly than Whites in their community, although, again, Blacks were far more likely to agree than Whites.

The mixed feelings may reflect current circumstances. High profile police killings of unarmed Black people, including George Floyd in Minneapolis and Breonna Taylor in Louisville, Kentucky have horrified many across the country, and convinced them that racism is widespread. But those killings have also led to a national reckoning on race that has spurred societal and law enforcement changes, although not as quickly or thoroughly for many.

And civil rights leaders marveled how, after the killing of George Floyd, the majority of people demonstrating in major cities were white, a significant change from demonstrations in years past.

“Overall, Americans remain much more likely to say they are dissatisfied (61%) than satisfied (38%) with the way Black people are treated in society,” the poll finds.

US building collapse death toll rises to 20 as storm nears