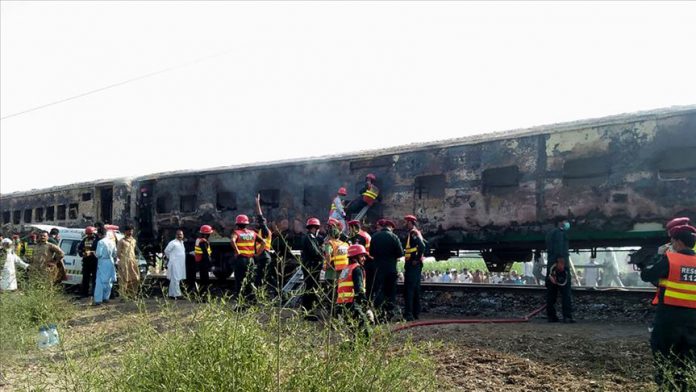 At least 62 people were killed and over two dozen injured when a fire broke out Thursday morning on a passenger train in northeast Pakistan, an official confirmed.

The fire started when a gas cylinder exploded in a carriage of a train carrying members of Tablighi Jamat — a non-political global Islamic missionary movement — near the Rahimyar Khan district in the Punjab province, city police chief Amir Taimoor Khan told reporters.