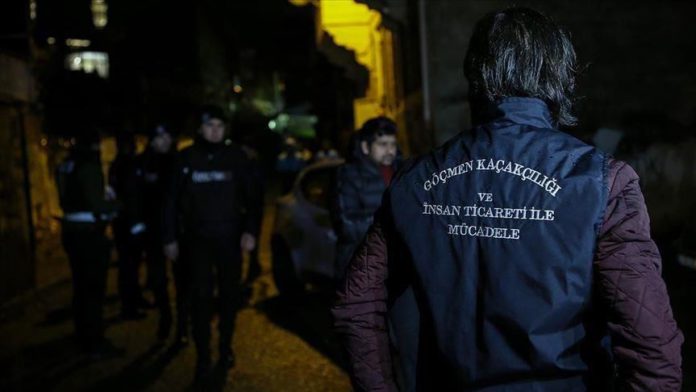 As many as 62 irregular migrants, all of them Afghan nationals, were held in Istanbul in the last nine days, according to police sources on Sunday.

Meanwhile, simultaneous operations were conducted at four addresses on Aug. 8, and 38 irregular migrants, including five children, were rounded up.

Those held did not have residence permits or passports, the sources added.

Turkey has been a key transit point for asylum seekers and irregular migrants aiming to cross into Europe to start new lives, especially those fleeing war and persecution.

Hosting about 3.7 million refugees — more than than any other country in the world — Ankara accuses Brussels of failing to keep its promises under a 2016 deal.