TurkishPress
Home National 6 submarines to go into service in 2022-2027: Erdogan 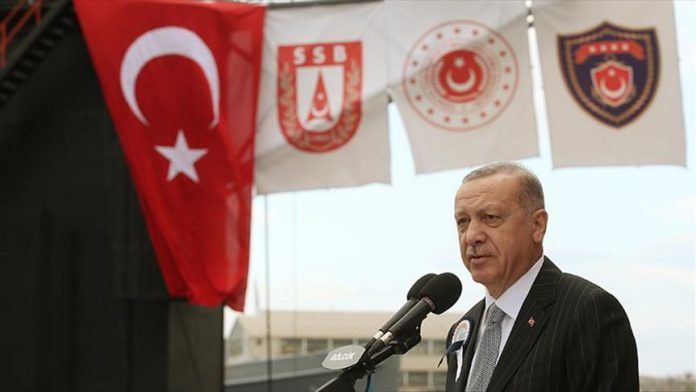 A total of six new submarines, one every year, will go into service in the Turkish Naval Forces between 2022 and 2027, Turkish President Recep Tayyip Erdogan said on Sunday.

Speaking at the ceremonies of New Type Submarine Project at Golcuk Naval Shipyard Command in northwestern Kocaeli province, Erdogan said he hoped that the submarines would be useful for the country, the nation, the army and the sailors.

Erdogan said that each of the submarines were named after “truly monumental personalities”.

Referring to the maritime deal with Libya, Erdogan said that the deal does not contradict Turkish or international