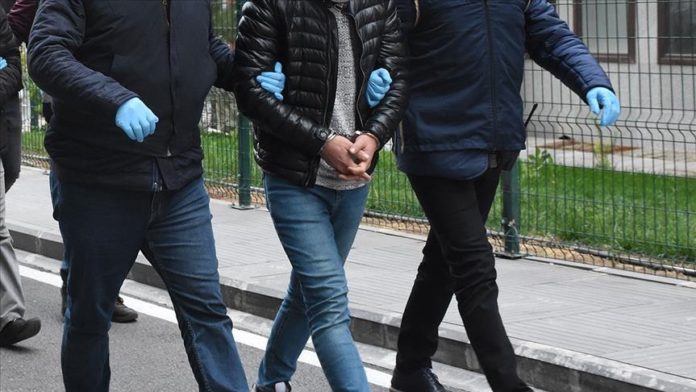 Out of four foreign nationals sought by police, three were arrested in the capital Ankara during simultaneous raids on various addresses, said the sources, who asked not to be named due to restrictions on speaking to the media.

The suspects are believed to have been carrying out activities of the terror group YPG/PKK in Syria.

The search for the remaining suspect continues.

Meanwhile, the search for the remaining terror suspect at an address in the city of Edremit is ongoing, sources said.

The suspects are accused of spreading propaganda for the PKK terrorist group via social media.

In its more than 35-year terror campaign against Turkey, the PKK – listed as a terrorist organization by Turkey, the US, and the EU – has been responsible for the deaths of at least 40,000 people, including women, children, and infants. The YPG is its Syrian offshoot.