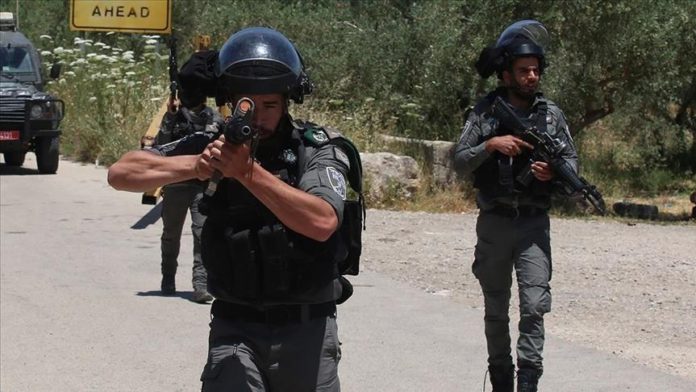 Six Palestinians were wounded by Israeli army gunfire and five others detained as a military force stormed residential neighborhoods on Monday to detain Palestinians in the West Bank city of Jenin.

An eyewitness, who preferred not to be identified, told Anadolu Agency that “a force of Mista’arvim [a military special force disguised in Arab civilian clothes] stormed the city’s neighborhoods at dawn to arrest Palestinians.”

He said clashes erupted between Palestinian residents and Israeli forces during the raid throughout which six Palestinians were injured.

According to the eyewitness, a number of Palestinian Civil Defense vehicles were hit by Israeli army bullets.

The official Wafa news agency, citing a security source, said a woman was among those injured by the Israeli gunfire.

Israeli raids into Palestinian areas under the control of the Palestinian Authority usually trigger clashes with Palestinian youths. Israeli forces use live and rubber bullets and tear gas canisters to disperse stone-throwing Palestinians.