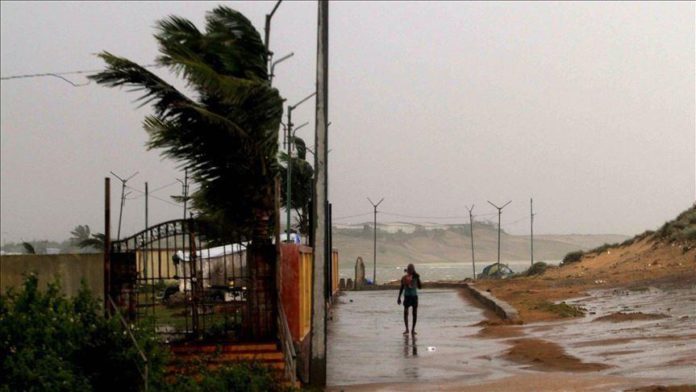 The National Bureau of Risk and Disaster Management said 47,888 people were displaced by the storm, which brought heavy rains and winds.

The most affected area was the southeastern city of Mananjary, where strong winds and rain destroyed homes and damaged infrastructure, including schools and hospitals.

Cyclone Batsirai made landfall near Mananjary, around 530 kilometers (329 miles) from the capital Antananarivo, around 8 p.m. local time on Saturday, the agency said.

Gusts hit speeds of 235 kilometers per hour (146 miles per hour) with high waves battering coastal areas, according to the country’s meteorological agency.

The cyclone weakened as it moved inland, with winds scaling back to around 110km/h (68 mph).

“Strong winds and heavy rains destroyed the city…until 3 a.m. local time,” one resident told local media. “The night was long. It was the worst nightmare of my life.”

The cyclone was expected to move westwards towards the sea in the Mozambique Channel on Sunday and is forecast to head south, bypassing mainland Africa.

It was the second major storm in a week after Tropical Storm Ana struck the Indian Ocean Island last month, killing 55 people and displacing more than 110,000 others.

According to experts, extreme weather events such as cyclones could become more regular, attributable to climate change.

The World Food Program (WFP) director for Madagascar, Pasqualina Di Sirio, told reporters ahead of the storm that she anticipated “a major crisis.”